I can see that people are spreading the opinion of non-qualified people about the reliability of Ikrima according to Abu Hanifa and Hanafis.

In order to ‘prove’ this falsehood they are using the following ”proofs”;

Obviously people who studied the case closely can see the weakness of the argument, but even then I want to comment on these so called ‘proofs’.

1. Abu Hanifa said that he took from several ‘great’ scholars including Ikrima

In order to ‘prove’ that Abu Hanifa classifies Ikrima as ”Great scholar” they quote the following;

There are many problems with this ‘proof’. I may not have the time to talk about all of them, but I will highlight a few for the genuine readers.

There is a another author who relays the same story, which is Qadhi Abu Muayyad al-Kharazmi who died at 665 Hijri, in his book”Jame Masaneed” who takes it from the same Imam Bukhari died 340 Hijri. 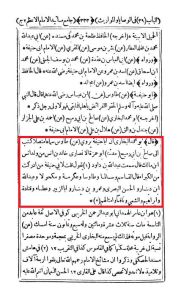 The problem with these narrations is that there is a very large number of people within the chain between both of the authors to Bukhari who are missing. What I mean is that between Sa’idi and Bukhari there is 310 years of chain which is missing, and between Kharazmi and Bukhari there is 325 years of narrators who are missing from the chain. This has also been mentioned by Deobandi authors from the past century.

He is classed as ”Liar who used to Fabricate hadeeths” according to a large number of scholars.

On the second page, Abu Abdullah said regarding Harithi; He used to narrate strange things from reliable narrators [here he is confirming an obvious weakness and not a possible one]

Khateeb said that; ‘he cannot be taken as a proof’.

Dhahabi said; ”He is the author of ”Musnad Abu Hanifa”. He did put in quite a lot of effort to write it. But there are things [within it] which Abu Hanifa never said. Which caused a big scandal and publicity for Abu Muhammad.”

From all above we see that this so called ”proof” cannot be accepted at all!

2. Abu Hanifa narrated from him

There are two types of scholars;

2. Scholars who narrate from everyone, such as Bukhari (out of his Saheeh collection), Tirmidhi, Abu Dawood, Nasai, ibn Majah. Abu Hanifa also falls into this category.

But then Abu Hanifa narrates from this very Jabir al-Ju’fi!!

Here is another quote where Abu Hanifa narrates from the very same Jabir. Also, both of Shu’ba and Sufyan (two top muhaddiths) say that Harith is a liar, yet both of them still from the same Harith.

So even the second ‘proof’ is false!

3. Abu Yusuf and Muhammad Sheibani narrated from him

Them narrating from Ikrima doesn’t prove that he is acceptable according to Abu Hanifa and Hanafis.

Here is Sheibani narrating from the very Jabir al-Ju’fi in Muwatta, but we have already seen what past scholar this of his non existent honesty: 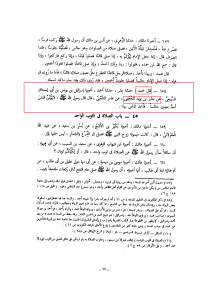 So even the third ‘proof’ is false!

4. Jassas (a senior Hanafi) used a hadeeth of Ikrima as a proof.

This is another false proof.

To add to this it is very well known that two thirds of the opinions of Abu Hanifa are rejected by his direct or indirect students. So, some of the ‘hanafis’ (especially the modern ones) classing Ikrima as an ”Imam”, ”Saint” and ”Sheikh al-Islam” doesn’t change anything.

Also Imam Abu Hanifa said; ”Do not take knowledge from the scholars of Royal Palace. I do not say they lie, but they do not always tell the truth, how it really is.”

And ‘Saint’ Ikrima is a ”scholar” of Umayyads. It is well known that he would go to various kingdoms to beg for money. Sadly, He used to lie then, as some the ‘scholars’ who are his inheritors are lying now.