Last year we had to release articles to explain the Hanafi position concerning the issue of praying Maghrib, Isha and Fajr when there is no time of Isha (a situation occurring at certain climes due to the absence of true night – for example, in the UK during a couple of months of the summer season, it remains light through the entire night, meaning there is no ‘true night’ and thus according to Hanafis, no time for Isha prayer and that the times for Maghrib and Fajr become a continuum). I had to explain the issue in a very detailed way by showing the proofs for each single detail: https://sulaimanahmed.com/2015/06/13/fasting-times-and-puritanism-2/,  https://sulaimanahmed.com/2015/06/23/3-prayers-at-one-time/, https://sulaimanahmed.com/2017/07/28/prayer-and-fasting-when-the-time-for-isha-does-not-occur-part-2/, https://sulaimanahmed.com/2016/06/01/summer-times-prayers-and-fasting/, This was due to the emotional and negative reaction of group of junior ‘students of knowledge’ to an article that was released by my own student.

Initially, I didn’t want to display that technical side of making Fiqhiy (jurisprudential) verdicts as it may confuse the laymen. I mentioned this after the ‘opposition’ started their public panic attack. But I had no choice after that group of unwise (and very junior) students created negative publicity simply because they weren’t grown up or academic enough to understand the issue.

After my article, they disappeared and the issue was solved and this year it became the widely accepted that Hanafi position is such and such (as I had explained in my article).

The answer, put simply, is: No!

As for the Maliki school, in the situation of not having the time of one or more prayers come into effect, they follow the timing of the closest Islamic city where they do have these prayer times occurring.

In the Hanafi school, we have two positions which I have explained in my previous article. (In short, Hanafis are free to omit the Isha prayer (or pray it as an optional extra if they so wish) and pray Maghrib and Fajr together or at any-time in the correct sequence before sunrise. This is because the times for Maghrib and Fajr co-exist immediately after sunset due the lack of true night).

Thus, estimating the time of the prayer by splitting the night into two or more parts is only the Shafe’ position.

Obviously there is no harm in following Shafei or Maliki schools, yet from the Fiqhiy (jurisprudential) and Usuli (epistemic) point of view there are a lot of problems with this ”Half of night” reasoning. You can read my previous article to see the most of these problematic issues. I will only remind you of some of them briefly:

Some people may be confused and apply their own contemporary ”Ijtihad” by saying; ‘the ‘Half of the night’ stance is valid because time of prayers is attached to the position of the Sun.

The response to this ”opinion” is easy:

For the genuine students of knowledge I will explain the difference between, sabab, illah and musabab. We have three things

The sabab of musabab is going to be malool of illah. This is known as the usuli cause and effect. So for example take this scenario, lets say that I have a cat. I will open the door and the cat will walk out. The thing that causes the effect indirectly is the sabab and that which causes it directly is known as the illah. The musabab is the effect, which is cat being outside. The sabab doesn’t necessitate the consequences, but the illah does. You opening the door is sabab and the cat walking out is illah. We attach the hukm (ruling) to the illah and not the sabab. Sometimes the illah will be hidden or not obvious, its only in this situation that we attach it to sabab and not the illah. For example the breach of wudhu is breaking wind. But when you sleep illah is breaking wind, you sleeping is sabab. Sleeping doesn’t cause the ablution to break but we are not sure if the illah occurred. Therefore the ablution breaks due to the sabab.

As for ‘2. Do we consider the light before sunrise becoming stronger as a start of Fajr when initial Safaq is there‘? This is again an issue of estimating the time. Any problem which is applicable on the previous issue will be applicable on this one too.

Fajr starts when light is spread on the horizon according to the Hadeeths which are the main basis to explain the times of salah. And these are taken by the Hanafi and other schools. So, they only focus on the light becoming wider and not ‘stronger’. Here are a few texts; 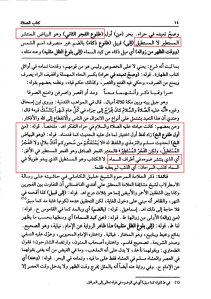 This is from ‘Shamiyyah‘ confirming that Fajr starts when light spreads in the horizon. The following text from Kasani is even more explicit 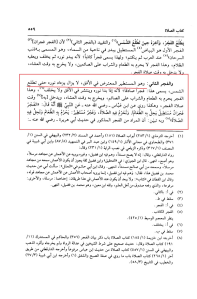 Kasani is confirming that Fajr starts with the horizontal light appearing. Further he is explicitly saying; ‘As soon as the time of Fajr starts, the strength of light will start becoming stronger until the sun rises‘. So the light becoming ‘stronger’ or brighter is something which occurs after the time of Fajr has begun according to the senior Hanafi authorities, not as an indicator of the beginning of the time of Fajr.

Therefore, estimating the time of Fajr by the light becoming ”stronger”, in addition to having all of the previous problems, is going against the mu’tamad (authoritative) position of the Hanafi school as well.

All of what has gone before is based on the actual Hanafi school which could be different from other ‘Hanafi schools’ including the ‘modern hanafis’ and ‘progressive hanafo-hanbalis’ and ‘hanafo-hadeethiy’ movements.

Isn’t it sad that people are more than happy to ignore the Hanafi madhab and the opinions of the early Salaf if they get in the way of their project of making things difficult for the Muslims? It is a widespread belief of Muslims today that if something is more difficult, it must be more ‘Islamic’. My question to these people: where did you get this from?